गृहपृष्ठ » Interview » Saying that the UML has lost its footing, Yogesh gave a signal to the top leaders to leave the Madhav group

Saying that the UML has lost its footing, Yogesh gave a signal to the top leaders to leave the Madhav group

Kathmandu. After Prime Minister and Chairman KP Sharma Oli convened a meeting of the CPN-UML Tenth National General Convention Organizing Committee, the course has moved in a new direction.

They have said that most of the leaders will go to the point of agreement even if the leaders of Nepal disagree. 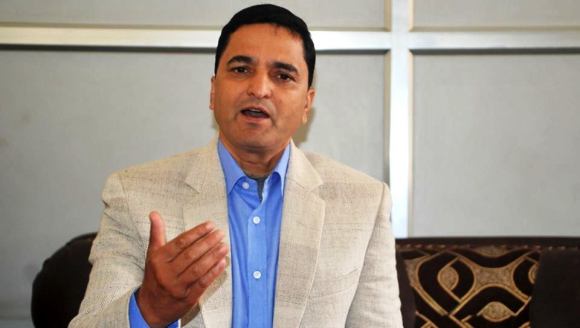 After realizing that the meeting was preparing to lay the groundwork for a return on May 22 and call for unity again, Nepal Group leader Yogesh Bhattarai has now claimed that the possibility of a footfall has been ruled out.

He expressed confidence that the party would move towards unity within seven days. On the other hand, even the leaders of the Oli group within the UML have started raising the voice that the party should be united even if the leader Nepal is given a second chairman.

Secretary Prithvi Subba Gurung had introduced this in the meeting on Sunday. But Yogesh Bhattarai is now of the opinion that there should be no ‘bargaining’ for the post with Oli.

He is of the view that this issue should not be raised as Nepal itself has not shown interest in the proposal. He said in an interview to an online that an incident took place on January 20, the House of Representatives was dissolved and the Supreme Court restored the UML and the UCPN (Maoist) to separate existence on March 8.

The idea of ​​division was gaining strength on both sides. The idea that we can’t live together, to go our own way, the attitude was strong.

However, even then, the idea that the two sides should return to party unity was not absent. But, that idea was dormant, in a weak position.

Today, we feel that the division is causing more damage to KP Oli as well. But then, as the situation developed, the view was added that the two groups should move towards unity rather than division. The idea was getting stronger.

Today, we feel that the division is causing more damage to KP Oli as well. The idea that Madhav Kumar should return to unity rather than division in favor of Nepal is effectively advancing.

What has been the concrete achievement of this is that there was a physical presence discussion between Madhav Nepal and KP Oli himself and unity was our main task and the main task at that time, so both of us felt that we should go back to unity.

In the meantime, with the consent of both, a ten-member task force was formed. What are the issues that the task force has united in a formal, informal way? Discussing how to untie the knot. It is in the direction of tangible achievement in recent days. However, this cannot be said until the result is reached.

Today, I feel that the situation of division is deteriorating and an atmosphere of unity is being created as there is a tendency among both the UML groups to move towards unity.

When he takes off now, we will go on 3rd of Jeth. Or let’s say, we enter from 2nd of Jeth, we leave from 3rd of Jeth. This is the solution now. Even though Madhav did not come to Nepal, many leaders of the group have made it clear that they will be included in the party.

In the middle of the dialogue, he has indicated that many will leave Madhav Nepal if Oli does not move towards unity despite Oli’s proposal and efforts.