MEXICO CITY, August 14 : Venezuela’s government and opposition launched negotiations on Friday in Mexico that were expected to focus on sanctions and elections to try to end a crippling political and economic crisis.

Previous talks in the Dominican Republic in 2018 and Barbados the following year failed to resolve disputes centered on President Nicolas Maduro and Juan Guaido, the opposition leader considered president by about 60 countries. 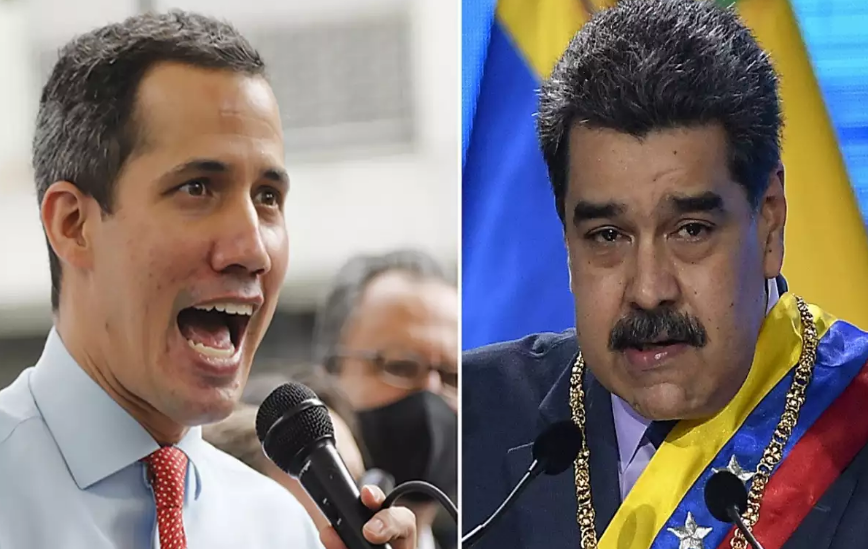 Neither attended the inauguration ceremony at Mexico City’s National Museum of Anthropology in person.

Instead representatives of the two sides signed a document agreeing to undertake “a comprehensive dialogue and negotiation process” mediated by Norway and hosted by the Mexican government.

The memorandum of understanding mentions the need “for sanctions to be lifted,” the economy to be stabilized and any kind of political violence to be avoided.

Venezuela “is in a very bad way. Our people are suffering the worst crisis in their modern history,” said Gerardo Blyde, head of the opposition team, predicting “difficult times” for the negotiators.

Parliament speaker Jorge Rodriguez, leading Maduro’s delegation, called for progress towards “urgent agreements” to ease the plight of the Venezuelan people and economy.

The parties are expected to meet again later this month to discuss a seven-point agenda that does not include the departure of Maduro, accused by the opposition of having been fraudulently reelected in 2018.

On Friday, Maduro hailed the signing in a tweet and thanked Mexico and Norway “for their efforts for the Peace of the Venezuelan people.”
– ‘Firmly in power’ –

“Maduro appears firmly in power, with more confidence than ever, while the opposition remains as divided as ever, with no effective strategy, and weakened international and regional support,” he told AFP.

Maduro “might be willing to accept some opposition election victories, as long as the more militant opposition is not among them, and they do not threaten his power or control,” Hakim said.

The South American nation’s economic crisis has been deepened by a raft of fresh sanctions imposed by Washington following the contested 2018 election.

The United States has urged Maduro, a former bus driver who became president on the death of his mentor Hugo Chavez in 2013, to make serious efforts toward holding elections if he wants sanctions relief.
– ‘Criminal sanctions’ –

In a state television broadcast on Thursday, Maduro said his country would go to the talks “autonomously and independently and does not submit to blackmail or threats from the United States government.”
Earlier, Maduro said he was seeking an “immediate lifting of all the criminal sanctions” led by the United States, which in 2019 said it no longer considered him the legitimate president after wide allegations of electoral irregularities.

Guaido on Friday spoke of the power of sanctions to put pressure on Maduro and acknowledged that “some solutions won’t be easy”, while warning that a failure at the negotiating table would only “deepen the conflict.”

US State Department spokesman Ned Price said the sanctions, which include an oil embargo, were aimed at “promoting accountability” on democracy and human rights.

“We’ve also been clear that the Maduro regime can create a path to easing sanctions by allowing Venezuelans to participate in long overdue free and fair presidential, parliamentary and local elections,” Price told reporters.

Guaido, who declared himself Venezuela’s president in 2019 through his position as parliament speaker, wants guarantees over electoral conditions and a clear program for presidential elections, as well as the release of political prisoners.

Venezuela “needs and deserves a solution,” Guaido wrote on Twitter on Friday. Maduro never lost control of the country’s institutions, in particular the armed forces, while Guaido was replaced as parliament speaker after the opposition boycotted legislative elections in December. AFP