गृहपृष्ठ » Headlines » US shocked: Nepal made history with a glorious victory

US shocked: Nepal made history with a glorious victory 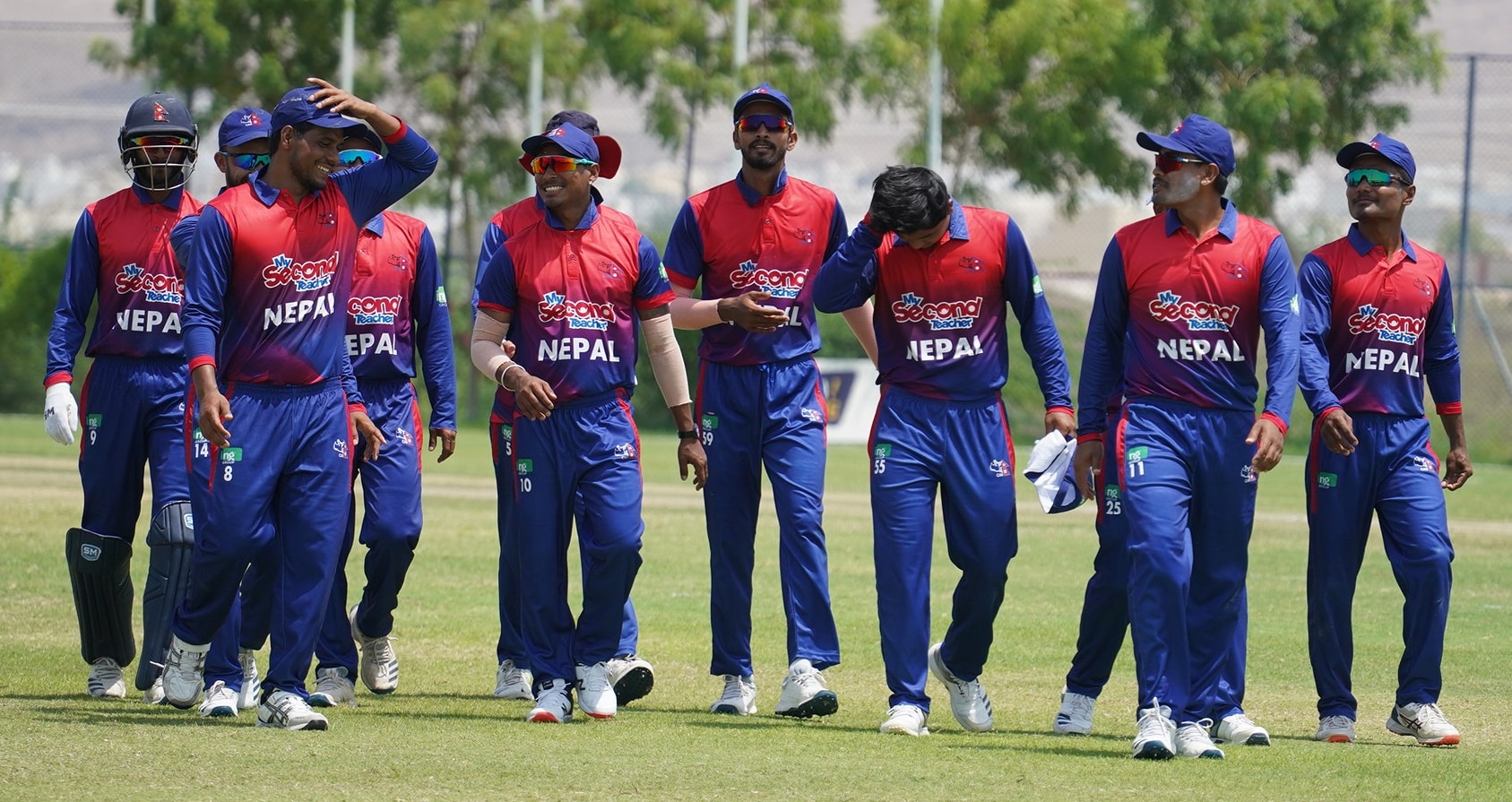 Nepal completed the target of 231 runs set by the United States by losing 5 wickets in 49 overs. For Nepal, openers Kushal Bhurtel and Rohit Kumar Poudel struck half-centuries. Rohit added 62 not out. He struck two fours and three sixes in 87 balls.

Binod Bhandari, who shared 83 runs for the fifth wicket with Rohit, added 37 runs. He struck two fours and one six in 48 balls.

Another opener Asif Sheikh added 23 runs. Asif and Kushal shared 66 runs for the first wicket. This is Nepal’s record partnership in ODIs.

Captain Gyanendra Malla was dismissed for 17 runs while Kushal Malla returned to the pavilion with one run. In bowling, Nisharg Patel and Kenjige of USA took 2-2 wickets.

Earlier, batting first after winning the toss at Al Emirate Cricket Stadium in Oman, USA added 230 runs for the loss of 9 wickets.

Wicketkeeper-batsman Monank Patel hit a century for the United States. He was out as soon as he hit a century.

In the 47th over, he hit 9 fours and 1 six off 114 balls before being caught by Kushal Bhurtel off Bikram Show.

In this triangular series, Nepal will play two games each against Oman and USA. Nepal, Papua New Guinea, Oman, USA, Scotland, Namibia and United Arab Emirates (UAE) are in the World Cup League-2.

So far, Nepal has played three games against USA and two games against Oman. Nepal is in the sixth position of the table with six points.