UK to urge extension of Kabul evacuations at G7 talks

LONDON, Aug 23 (AFP) : Britain said Monday it would urge the United States at a virtual G7 summit to extend an end-of-the-month deadline to complete evacuations of Western citizens and Afghan colleagues from Kabul.

US President Joe Biden has set an August 31 deadline for the chaotic airlift organised by thousands of temporarily deployed US troops but has left the door open to an extension if needed. 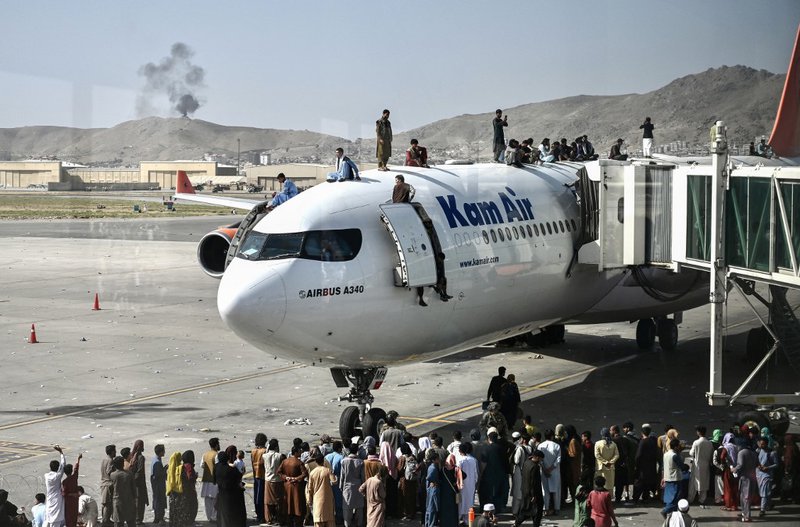 Armed forces minister James Heappey and other UK officials told British media that they would push for an extension at Tuesday’s online leaders meeting of the G7 group of wealthy nations while acknowledging that the Taliban would have a crucial say now that they control Afghanistan.

Heappey said it is a “hard reality” that the evacuations from Afghanistan’s capital could only be maintained beyond August 31 if led by the United States.

“Whether or not the US can be persuaded to stay is a matter for the prime minister (Boris Johnson) tomorrow in the G7 meeting,” Heappey told Sky News, referring to an extension of the deadline.

“I think everybody has to be clear that this is not just a discussion that happens between G7 leaders tomorrow, it is a discussion which happens with the Taliban,” he added.

“Or they can turn around and say there is no opportunity for an extension.”

Foreign Office minister James Cleverly told BBC Radio Sunday night that his government would appeal for the extension at the G7.

“Obviously the more time that we’ve got, the more people we can evacuate and that’s what we’re pushing for,” Cleverly said.

Britain, which has deployed 1,000 soldiers to aid its airlift efforts, is pushing for longer to get everybody out who qualifies, with the trans-Atlantic allies’ defence ministers speaking by phone Sunday.

London has so far evacuated 5,725 people from Kabul since August 13, including more than than 3,100 Afghans and their families, according to the Ministry of Defence.

Heappey said early Monday it expects a further nine flights to depart over the next 24 hours.

He told Times radio that Afghans who are eligible for asylum in the West were also fleeing the country overland and showing up at embassies in neighbouring countries like Pakistan. RSS