Kathmandu. Afghanistan national team footballer Zaki Anwari has passed away on Thursday. He was killed after falling from a US airliner at Kabul airport.

The Ariana News Agency reported this on Thursday. According to the news, Jackie died after falling from the American plane Boeing C-17. This has been confirmed by the Directorate General of Sports.

Jackie was a young footballer from Afghanistan. He died on Monday. He was shot down by a U.S. military plane. Jackie’s death was announced by Afghanistan’s national football team on August 18 via a Facebook post. 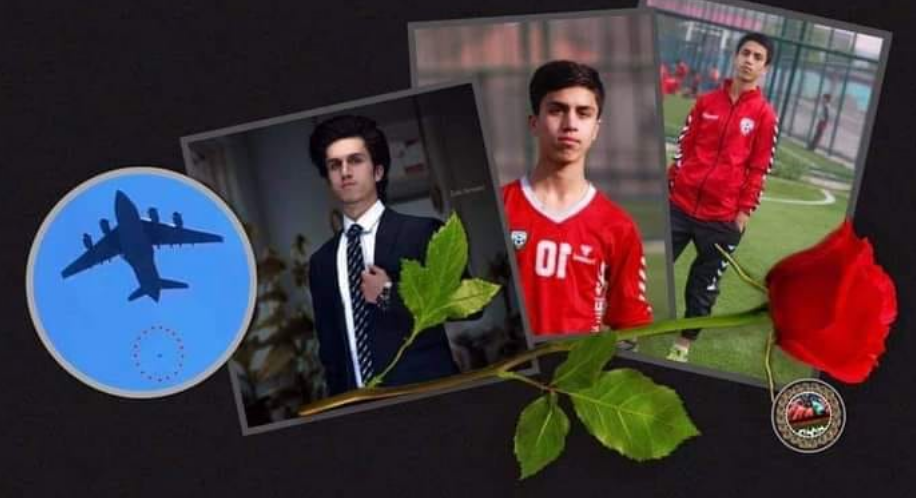 At the same time, the next day the Sports Directorate confirmed the news. Anwari was one of thousands of Afghans who arrived at the Hamid Karzai International Airport on Monday.

When I got on the plane, I ran away. Because of the fear of Taliban fighters, many people were sitting on the wheels of the plane, so they were about to leave the country. On August 16, the Taliban took full control of Afghanistan.

One of the three dead was said to be a jockey, who was sitting on the plane’s wheels. We want to tell you that Anwari played for the Afghan National Youth Football Team.

On August 16, a video of a gruesome scene was seen at Hamid Karzai International Airport. As the U.S. Air Force military plane was advancing for takeoff, crowds of people were seen following the plane on the runway.

Some people were trying to climb on top of the tires. When the plane reached altitude, people lost their balance.

Three people died after falling from the sky. Their bodies were found on the roof of a local house.