SEOUL, South Korea, Nov. 2 . Air raid sirens sounded on a South Korean island and residents there evacuated to underground shelters after the North fired about a dozen missiles in its direction Wednesday, at least one of them landing near the rivals’ tense sea border. South Korea quickly responded by performing its own missile tests.

The launches came hours after North Korea threatened to use nuclear weapons to get the U.S. and South Korea to “pay the most horrible price in history” as it has intensified its fiery rhetoric targeting the ongoing South Korean-U.S. military drills that it views as an invasion rehearsal. 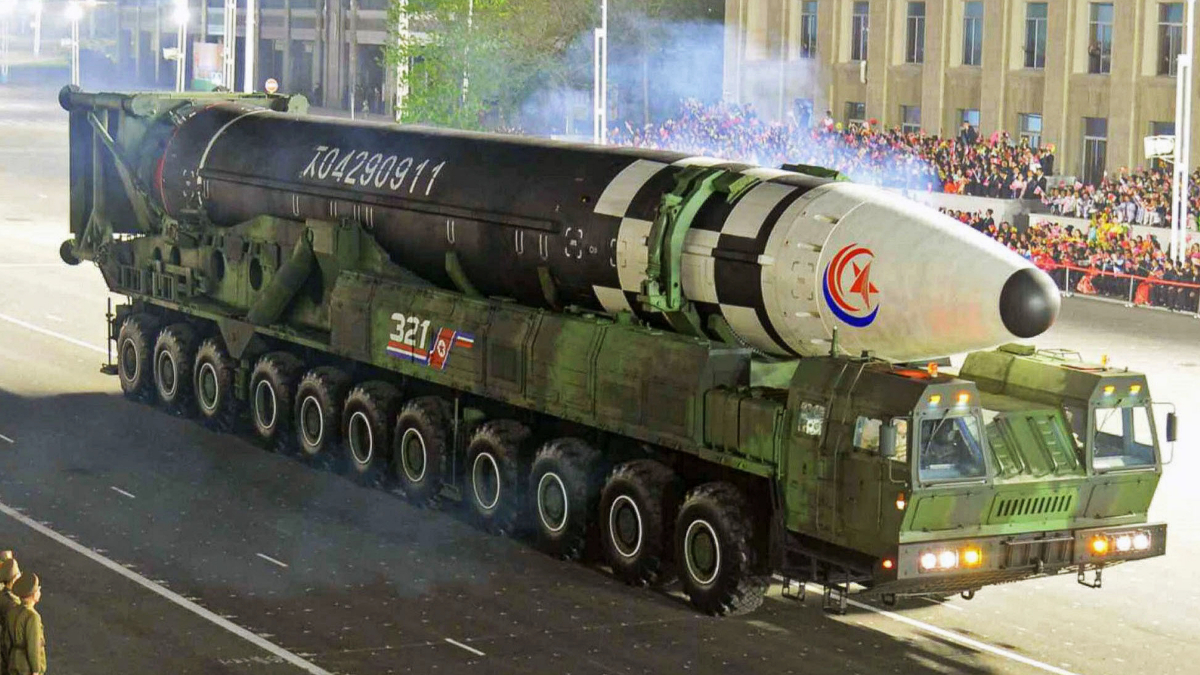 One of the missiles was flying toward South Korea’s Ulleung island before it eventually landed at a site 167 kilometers (104 miles) northwest of the island. South Korea’s military subsequently issued an air raid alert on the island, according to the South’s Joint Chiefs of Staff. South Korean media published photos showing island residents moving to underground shelters.

That missile’s landing site is also 26 kilometers (16 miles) away from the rivals’ sea border. It’s in international waters, but still far south of the extension of the nations’ border. South Korea’s military said it was the first time a North Korean missile had landed so close to the sea border since the countries’ division in 1948.

“This is very unprecedented and we will never tolerate it,” South Korea’s Joint Chiefs of Staff said in a separate statement. In 2010, North Korea launched artillery shells on a frontline South Korean island and allegedly torpedoed a South Korean navy ship, both off the peninsula’s western coast, killing a total of 50 people.

South Korea’s Joint Chiefs of Staff earlier identified three of the North Korean weapons launched “short-range ballistic missiles” fired from the North’s eastern coastal town of Wonsan, including the one that hit near the sea border. North Korean short-range weapons are designed to strike key facilities in South Korea, including U.S. military bases there.

In an emergency meeting with top security officials, South Korean President Yoon Suk Yeol ordered officials to take swift unspecified steps get North Korea to face consequences for its provocation. He said he would consider the North Korean missile’s landing near the border “a virtual violation of (our) territorial waters.”

The North’s barrage of missile tests came as South Korea is on an official mourning period in the wake of the Halloween party crush that killed more than 150 people in Seoul in the country’s largest disaster in years.

During the emergency South Korean meeting, “participants lamented the provocations committed during our national mourning period and pointed out that this clearly showed the nature of the North Korean government,” according to South Korea’s presidential office.

Prime Minister Fumio Kishida called North Korea’s continuing missile tests “absolutely impermissible.” Animosities on the Korean Peninsula have been running high in recent months, with North Korea testing a string of nuclear-capable missiles and adopting a law authorizing the preemptive use of its nuclear weapons in a broad range of situations. Some experts still doubt North Korea could use nuclear weapons first in the face of U.S. and South Korean forces.

North Korea has argued its recent weapons tests were meant to issue a warning to Washington and Seoul over their series of joint military drills that it views as an invasion rehearsal, including this week’s exercises involving about 240 warplanes.

Pak also accused the Pentagon of formulating a North Korean regime collapse as a major policy objective in an apparent reference to the Pentagon’s recently released National Defense Strategy report. The report stated any nuclear attack by North Korea against the United States or its allies and partners “will result in the end of that regime.”
He slammed South Korean military leaders over what he called “rubbish” comments that threatened to destroy North Korea if it uses nuclear weapons.

South Korea’s military has warned North Korea that using its nuclear weapons would put it on a “path of self-destruction.” “If the U.S. and South Korea attempt to use armed forces against (North Korea) without any fear, the special means of the (North’s) armed forces will carry out their strategic mission without delay,” Pak said, in an apparent reference to his country’s nuclear weapons.

“The U.S. and South Korea will have to face a terrible case and pay the most horrible price in history,” he said. U.S. and South Korean officials have steadfastly said their drills are defensive in nature and that they have no intentions of attacking North Korea. The White House on Tuesday pushed back against North Korea’s saber rattling, reiterating that drills are part of a routine training schedule with South Korea.

“We reject the notion that they serve as any sort of provocation. We have made clear that we have no hostile intent towards (North Korea) and call on them to engage in serious and sustained diplomacy,” White House National Security Council spokesperson Adrienne Watson said.
North Korea “continues to not respond. At the same time, we will continue to work closely with our allies and partners to limit the North’s ability to advance its unlawful weapons programs and threaten regional stability,” Watson said. (AP)