Kathmandu, Nov 1 . The number of foreign tourists visiting Hanuman Dhoka Durbar Area, a place of historical, archeological and religious value in the capital, is increasing lately.

The historical place enlisted in the UNESCO World Heritage Site received 10,594 tourists outside SAARC region in mid-September to mid-October this year while those from SAARC region stand at 3,178 during the same period, according to the Kathmandu Metropolitan City’s Hanuman Dhoka Conservation Programme. 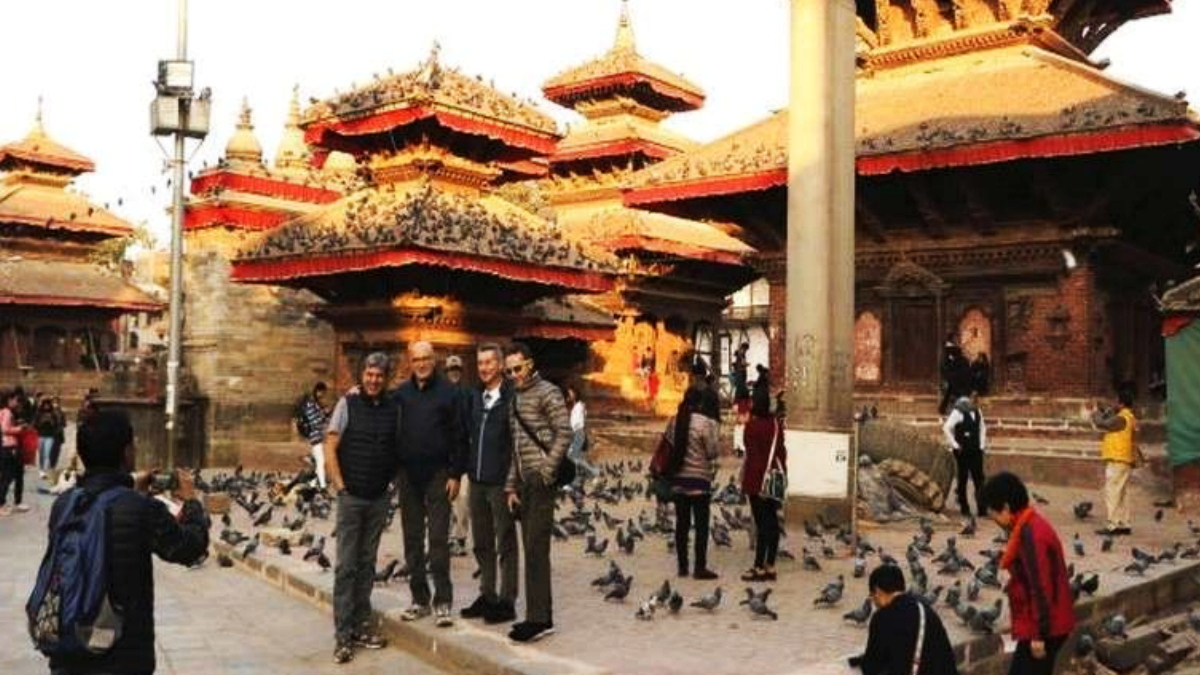 During mid-August to mid-September, 3,610 foreign tourists outside of SAARC region arrived Hanuman Dhoka Durbar Area while 1,893 from SAARC region.

The influx of foreign tourists has been increasing satisfactorily post COVID-19 pandemic, according to Programme Chief, Roshan Shakya.
The Programme covers historical monuments in KMC’s ward no 19, 20, 23 and 24.Foreign tourists outside of SAARC region have to pay Rs 1,000 as an entry fee to this Area while Rs 150 is charged with tourists from SAARC region. (RSS):