The 73-year-old Likud party leader served as prime minister for longer than anyone in Israel’s history before he was ousted in June 2021 by an ideologically-divided coalition crafted by the current caretaker Prime Minister Yair Lapid.

That motley alliance lasted only one year, triggering Tuesday’s vote, which will see Netanyahu and his allies try to secure the 61-year seat parliamentary majority in the 120-seat Knesset that has repeatedly eluded them. 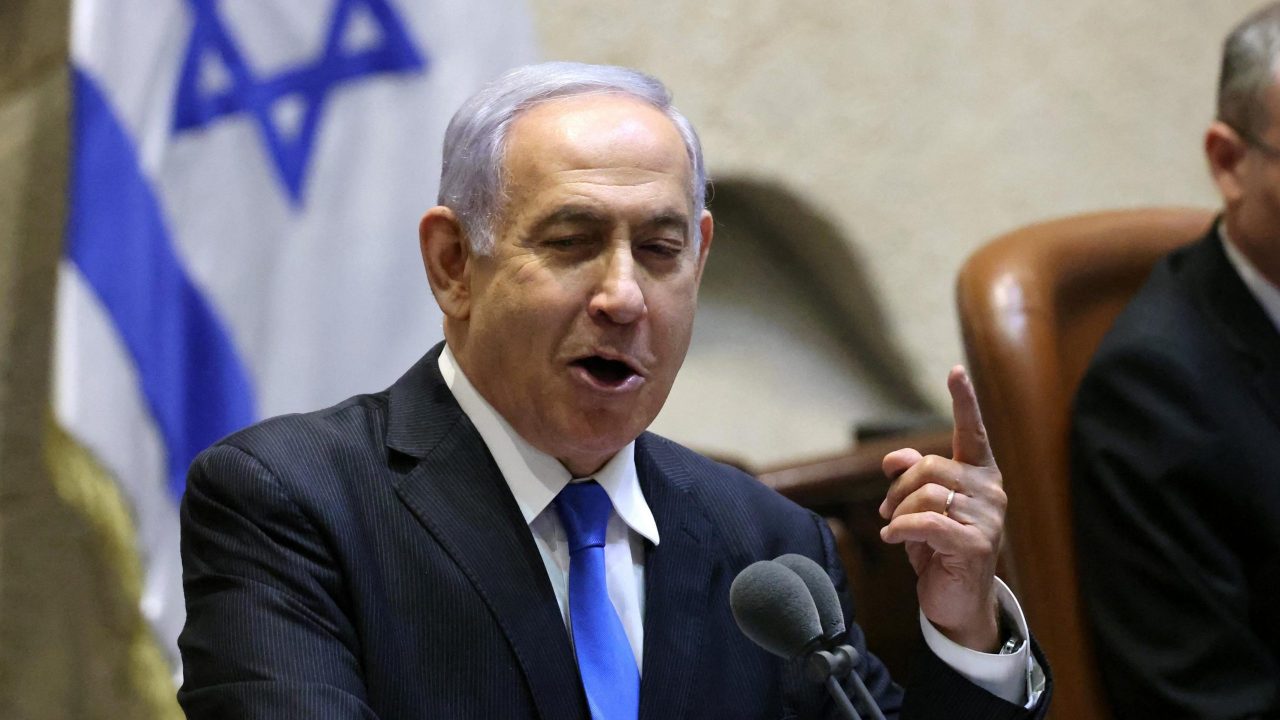 The election comes in a year that has seen violence flare in the Israeli-Palestinian conflict, with near daily clashes in the occupied West Bank all summer.

“Bibi” Netanyahu has long billed himself as the Jewish state’s guarantor of security, but has also been weakened by a trial on corruption charges which he denies.

To beat the camp around centrist Lapid and form a government, Netanyahu’s right-wing party will almost certainly have to rely on its long-standing ultra-Orthodox Jewish allies.

He is also expected to turn to the extreme-right co-led by Itamar Ben-Gvir, known for his virulent anti-Arab rhetoric and incendiary calls for Israel to annex the entire occupied West Bank.

The so-called Netanyahu bloc was predicted to take 60 seats in three surveys, from Israel’s Channel 12, Channel 13 and the Kan network. The polls suggested 56 seats for anti-Netanyahu parties and four seats for an alliance of Arab-led parties that is not expected to back any Israeli government.

If the vote breaks along those lines, with neither camp reaching 61 seats, Israel could potentially be headed for an astonishing sixth election within months.

– ‘Once was enough’ –
Netanyahu is regarded even by critics as a tireless campaigner in pursuit of the Israeli premiership, which he believes he is uniquely qualified to hold.

On the campaign trail, he has travelled in a bus reinforced with bulletproof material that has been mocked as the “Bibibus” and drawn comparisons to the “Popemobile”.

He has pushed the message that the coalition that ousted him last year — which included an Arab-led party for the first time in Israeli history — was “dangerous” for Israel.

Busses across Jerusalem are adorned with Likud posters picturing Netanyahu’s four main rivals with the slogan “Once Was Enough”.
They show Lapid, Defence Minister Benny Gantz and Raam party leader Mansour Abbas who joined the “change” coalition after rejecting Netanyahu’s effort to court him.

The fourth face is that of Ahmad Tibi, an Arab opposition lawmaker with the Hadash-Taal party, even if Tibi never joined Lapid’s coalition.
Tibi on Sunday made an appeal in Hebrew to left-wing Israelis, urging them to help block Netanyahu from returning to power. “Without us, the right will form a majority government,” Tibi said. “To stop them, we need you.”

– Violence raging –
The election comes amid one of the deadliest recent phases in the decades-old Israeli-Palestinian conflict, which has seen some commentators voice fears of a “third intifada” or uprising.
Following a series of fatal attacks on Israelis in March, in which many victims were civilians, Israel has carried out more than 2,000 raids in the West Bank, pursuing Palestinians it accuses of having ties to militant groups.

More than 120 Palestinians have been killed by Israeli fire in the West Bank this year — including many fighters but also non-combatants — the heaviest toll in the territory since 2015.

There have also been more deadly attacks on Israelis, with three people shot dead by Palestinian gunmen this month.

The Israeli army has declared it will close West Bank crossings on election day except for humanitarian and medical transports or in exceptional circumstances. The rising violence could help Netanyahu, who has endured in Israeli politics for decades by convincing part of the election that only he can keep them safe, commentator Nadav Eyal argued in Israel’s Yediot Ahronot newspaper.

“Terrorism often gets the last word in Israeli elections,” Eyal wrote. “When that happens, it is usually centre-left governments that pay the electoral price.”  Netanyahu’s Likud, he added, “have always been able to take terror attacks in stride… and have never paid the price at the ballot boxes.”