Kathmandu:  Myanmar’s military said Thursday it will release almost 6,000 prisoners, including a former British ambassador, a Japanese journalist and an Australian economics adiser, in a rare olie branch from the isolated junta.

The Southeast Asian country has been in turmoil since the military’s coup last year and a bloody crackdown on dissent during which thousands hae been jailed. 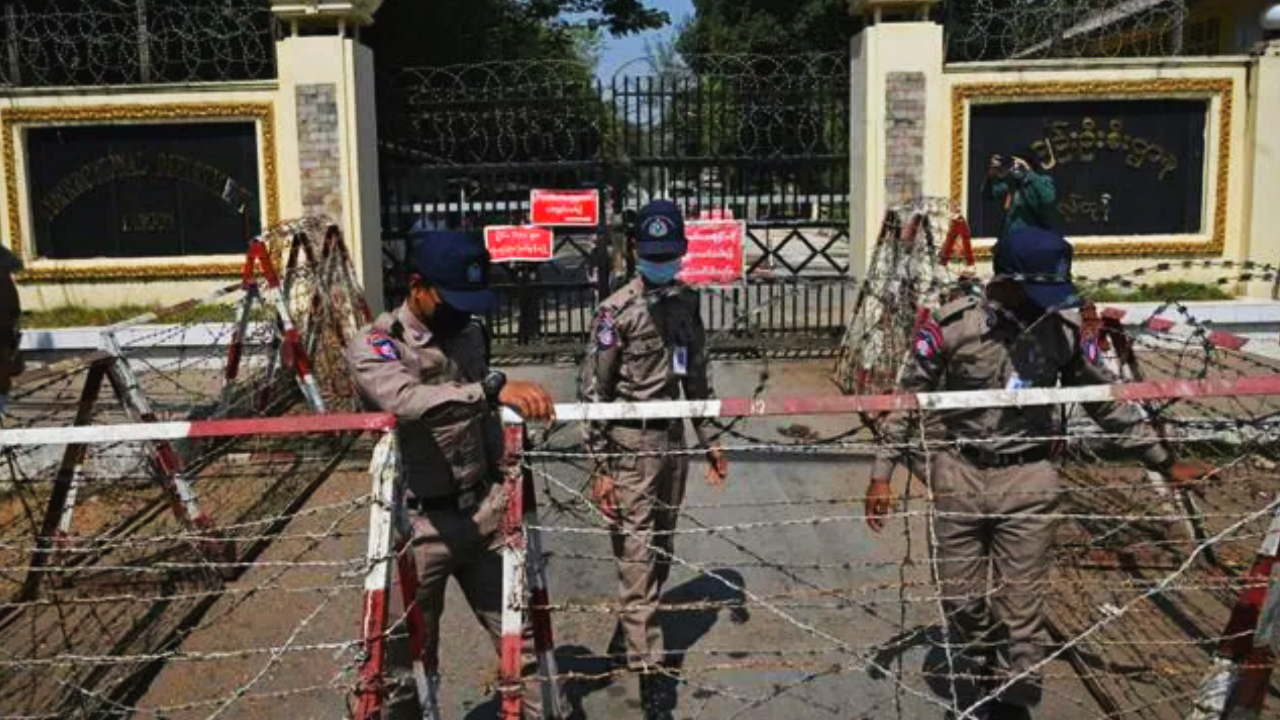 Former British enoy icky Bowman, Australian economics adiser Sean Turnell and Japanese journalist Toru Kubota “will be released to mark National Day”, a senior officer told AFP. All three would be deported, the junta said without specifying a date. Around 200 people had gathered outside Insein prison in Yangon in the hope their loed ones would be among those released, said AFP reporters who also saw seeral yellow buses enter the sprawling compound.

One woman, who did not want to gie her name for fear of reprisals, said she was waiting for her husband, who was halfway through a three-year sentence for encouraging dissent against the military. “Before, he was a USDP (military-backed political party) supporter. After the coup, he joined in the protests. I’m ery proud of him,” she said.

Altogether, 5,774 prisoners will be released, “including some 600 women”, the junta official said, reising an earlier figure of about 700 women. The junta did not say in its statement announcing the amnesty how many of those pardoned had been arrested during the military’s crackdown on dissent.
Bowman, who sered as ambassador from 2002 to 2006, was detained with her husband in August for failing to declare she was liing at an address different from the one listed on her foreigner’s registration certificate.

They were later jailed for a year. Her husband, prominent Myanmar artist Htein Lin, will also be released, the military official said. A British diplomatic source said Bowman had not yet been released but they expected her to be freed. The junta statement did not list her husband among those due to be deported.
Ties between Myanmar and its former colonial ruler Britain hae soured since the military’s takeoer, with the junta this year criticising the UK’s recent downgrading of its mission there as “unacceptable”.

Turnell was working as an adiser to Myanmar’s ciilian leader Aung San Suu Kyi when he was detained shortly after the coup in February 2021.
He and Suu Kyi were conicted in September by a closed junta court of breaching the official secrets act and jailed for three years each. “We welcome reports in relation to Professor Sean Turnell,” Australian Foreign Minister Penny Wong said on Twitter.

“Professor Turnell continues to be our first priority. As such, we will not be commenting further at this stage.” Kubota, 26, was detained in July near an anti-goernment rally in Yangon along with two Myanmar citizens and jailed for 10 years. A source at Japan’s embassy in Myanmar told AFP they had “been informed that Mr. Kubota will be released today” by junta authorities. Kubota would leae for Japan “today”, they said.

Kubota is the fifth foreign journalist to be detained in Myanmar since the coup, after US citizens Nathan Maung and Danny Fenster, Robert Bociaga of Poland and Yuki Kitazumi of Japan — all of whom were later freed and deported. At least 170 journalists hae been arrested since the coup according to UNESCO, with nearly 70 still in detention.
– ‘ery proud of him’ –

San San Aye said she was waiting for her brothers and sisters to be released. “Three of them were sentenced to three years each eight months ago,” she told AFP. “Their children are waiting at home. We will be more than happy if they are released.”
Independent analyst Daid Mathieson told AFP: “Professor Turnell’s release is remarkable news after being held hostage by the regime, and his family and friends will be delighted.”

Howeer, he said the junta “shows no sign of reform and a mass amnesty doesn’t absole them of atrocities committed since the coup”. Amnesty’s regional office spokesperson said: “Thousands of people jailed since the coup in Myanmar hae done nothing wrong and should neer hae been imprisoned in the first place.”

Three former ministers from Suu Kyi’s ousted goernment and detained US-Myanmar citizen Kyaw Htay Oo would also be released, the junta official said. More than 2,300 ciilians hae been killed since the military’s crackdown on dissent after it ousted Suu Kyi’s goernment, according to a Myanmar monitoring group. The junta blames anti-coup fighters for the deaths of almost 3,900 ciilians.