(AFP) – The death toll from last week’s collapse of a tower block in southwestern Iran has risen to 34, state media reported Tuesday, as emergency crews continue to comb the rubble.

A large section of the 10-storey Metropol building that was under construction in a busy street in the city of Abadan crashed to the ground on May 23, leading to one of the country’s deadliest disasters in recent years. 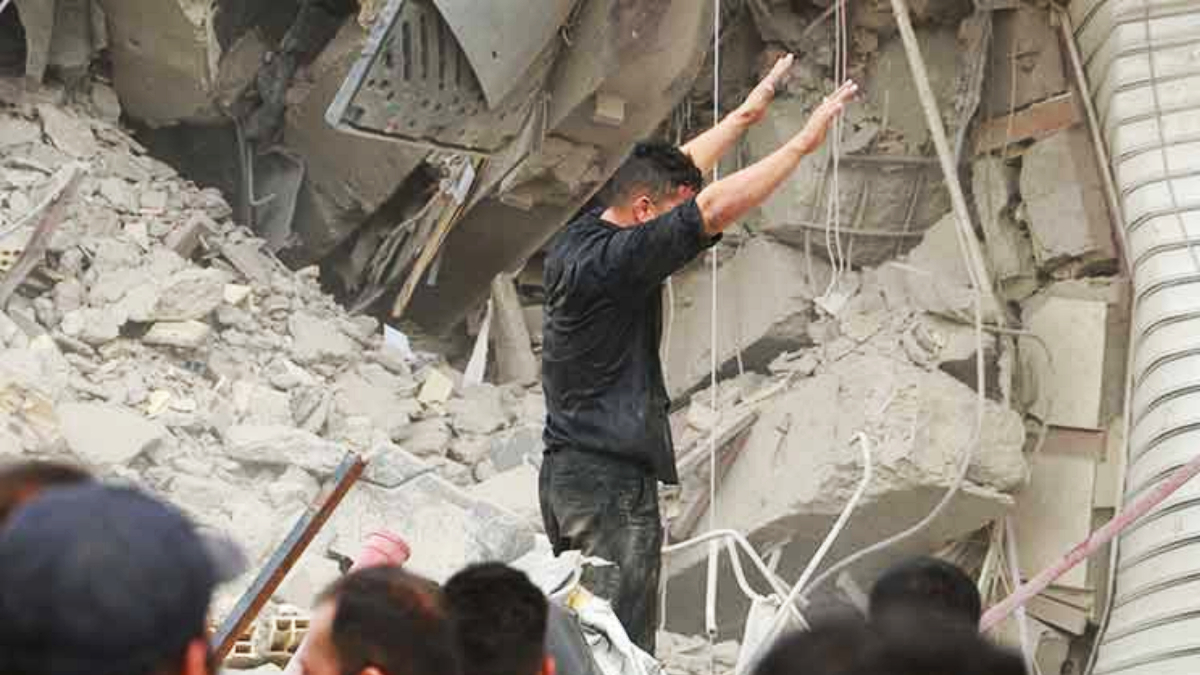 “The total number of fatalities stands at 34 with the discovery of another body this morning,” state news agency IRNA quoted the city’s governor Ehsan Abbaspour as saying.

That leaves four people unaccounted for from the 38 authorities had previously said were missing in the collapse.

Over the past week, night-time protests have been held in Abadan and other cities in Khuzestan province to demand that those responsible be prosecuted and punished.

“Incompetent officials must be executed” was among the slogans chanted by protesters, Iran’s Fars news agency reported.
At a memorial ceremony in Abadan late on Sunday, hundreds of hecklers drowned out a speech by a local member of the Assembly of Experts, the body that selects Iran’s supreme leader.

Others poured onto a platform used by state television, knocking a camera to the ground, the Tasnim news agency reported.
According to the provincial judiciary, 13 people have been arrested in connection with the building collapse, including the mayor and two former mayors.

In January 2017, 22 people, including 16 firefighters, died in a blaze that engulfed the 15-storey Plasco shopping centre in the capital Tehran.