(Sharachchandra Bhandary) Kathmandu, Aug 7 : The taskforce formed by the ruling parties’ alliance has devised the common minimum programmes (CMP) to assist the government functioning. It has suggested the government on multifarious issues ranging from fight to coronavirus to protection and promotion of national interest, fundamental freedoms, national unity, territorial integrity. 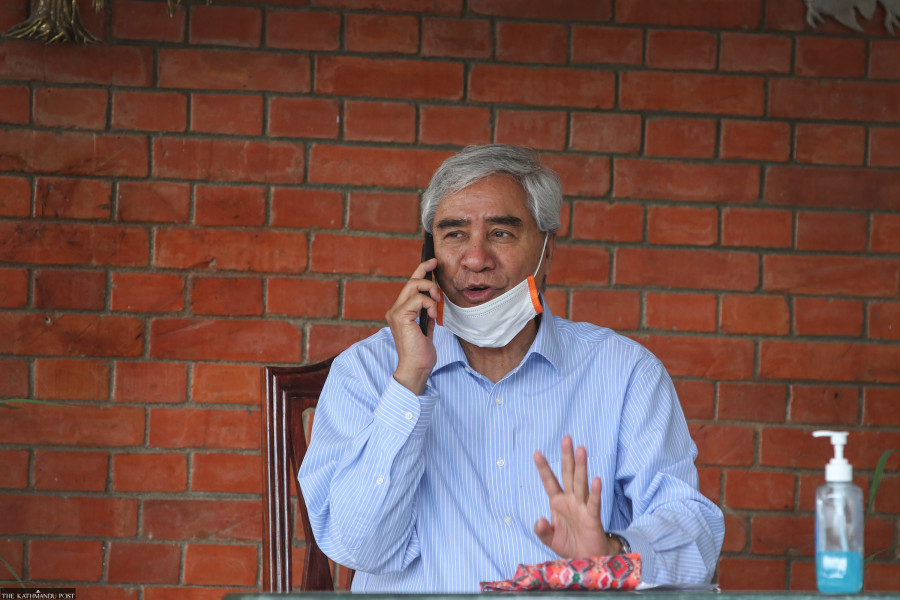 The seven-member taskforce having representatives from the alliance parties and led by General Secretary of Nepali Congress, Purna Bahadur Khadka, has advised the government to devote to building prosperous Nepal on the basis of socialism guided by socio-economic justice and democratic values.

The issues included in the CMP are- priority to the efforts to resolve problems surfaced by COVID-19 pandemic, continuous dialogue, cooperation and collaboration among ruling partners, adoption of foreign policy based on national interest, protection of territorial integrity and sovereignty, resolution of pending border problems via diplomatic channel, addition of border security posts to control smuggling, revision of national security policy etc.

The taskforce has suggested that the government remained committed to forging a national consensus in developing foreign policy, operation of the country’s foreign policy in line with non-alignment and principle of Panchasheel, UN Charter while calling for deepening Nepal’s bilateral and multilateral relations with the friendly countries to move ahead for economic transformation and people’s prosperity.

The common minimum programme of the government was agreed upon in the taskforce and handed over to Prime Minister Deuba, CPN (Maoist Centre) Chairman Pushpa Kamal Dahal ‘Prachanda’, Janata Samajwadi Party Chairman Upendra Yadav and the top leaders of the ruling parties.

The document has laid emphasis on control of COVID-19, implementation of federalism and strengthening of the federal democratic republic.

Furthermore, assurance of law and order, good-governance, completion of the peace process and Nepal’s graduation from the LDC are focused in the common minimum programme.

It has stressed on modernization, professionalization, and timely management of fertilizer, subsidy, advanced seeds, proper irrigation, and guarantee of market facility to products among others for the betterment of agro sector. Amendment of acts and laws to invite more investment in the sector is another point.

The programme has expected balanced development in each province with equal treatment. It further laid emphasis on making the economy self-reliant from the current status of high dependency on remittance. The programme has sought for the reforms of economic sectors with proper development of the capital, entrepreneurship, equal distribution of profit among others.

It has voiced for effective implementation of the fundamental rights enhancing the role of State in education, health sectors along with creation of employment opportunities in the country.

The taskforce has suggested for reliefs to flood and landslide survivors, relocation of the affected ones, treatment and compensation to the injured people, and job opportunities to a member of each affected families, inflation control, easy supply of food items, petroleum products and other essentials, and making arrangements for the supply of food items, medicines and seeds to rural areas.

Discriminatory laws against women should be scraped and there should be an end to patriarchal system and stern action against rapists and perpetrators in domestic violence against women; acid attack and women trafficking and gender equitable society should be established. Effective efforts should be made to provide security and safeguard rights of sexual and gender minorities and to end all sorts of other discriminations. (RSS)