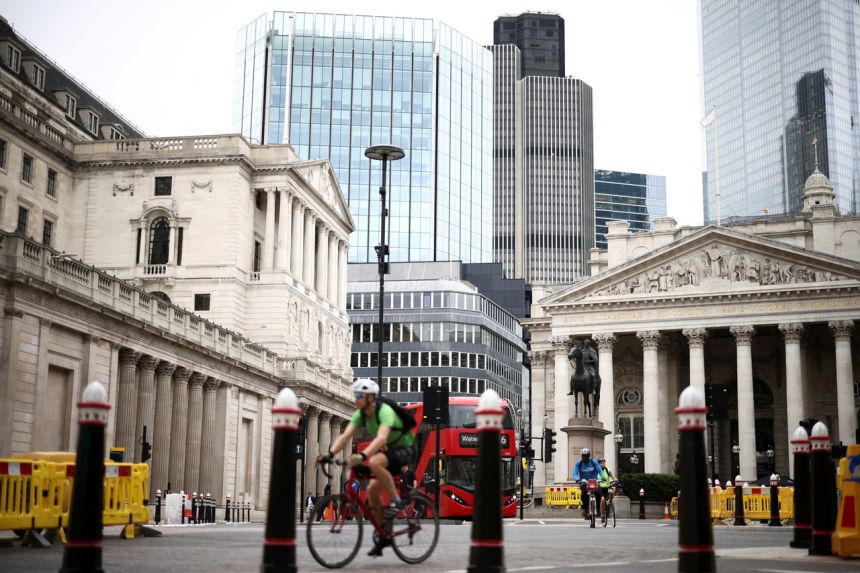 Following a regular meeting, the BoE left its interest rate at an all-time UK low of 0.1 percent. It said that “inflation is projected to rise temporarily in the near term, to four percent… owing largely to developments in energy and other goods prices”.

The UK has lifted most lockdown restrictions, enabling its economy to press on with recovery despite worries over the fast-spreading Delta variant of the coronavirus.

Steered by governor Andrew Bailey, the BoE at its latest meeting decided also against tapering the vast amount of cash stimulus pumping around the UK economy. As the pandemic erupted in March 2020, the BoE slashed its key interest rate to the current record-low level.

Prior to this it had pumped hundreds of billions of pounds worth of QE into the UK economy over a decade following the 2008-09 global financial crisis and Brexit.

The central bank’s total emergency stimulus package stands at £895 billion. Analysts said the BoE will be mindful of an expected jump in British unemployment after the UK government next month ends its furlough scheme that has kept millions of Britons in private-sector jobs during the pandemic. Markets are looking to see when central banks will begin to scale back their stimulus packages

Following weak US jobs data on Wednesday, Federal Reserve vice chairman Richard Clarida raised the prospects of the US central bank scaling back its huge stimulus, or bond-buying, programme and lifting interest rates as soon as 2023.

The ultra-accommodative measures have been a key driver of the rally in global financial markets from their nadir in March 2020. Clarida said that as the economy emerges from the pandemic, tapering of the quantitative easing scheme could begin later this year, with analysts tipping a possible move in November. (AFP)