MANILA, Nov. 15 : Five people, including a two-year-old kid, died, and two others were injured in a fire that gutted houses in the Philippine capital on Monday afternoon, the Bureau of Fire Protection said. 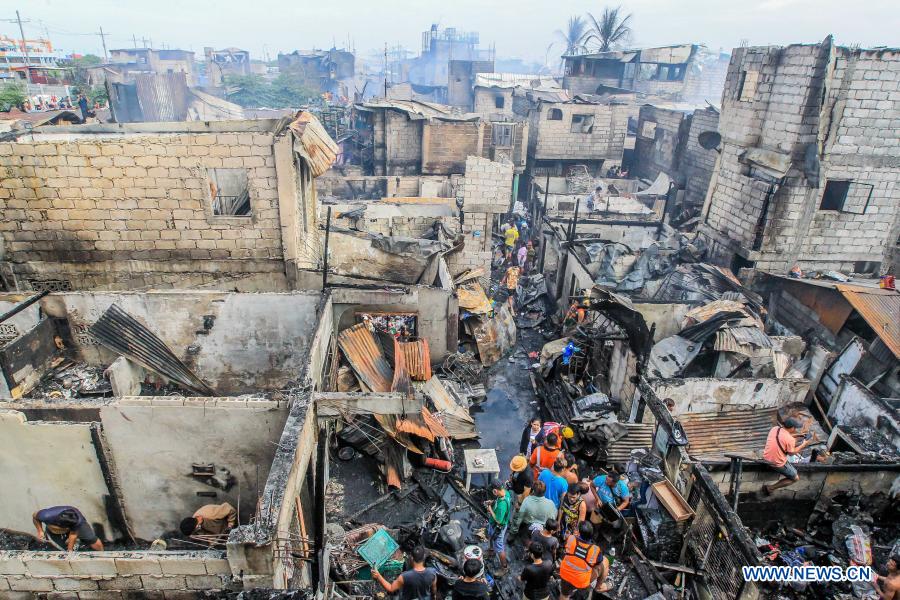 The bureau said the fire broke out in a crowded community in the City of Navotas before 4 p.m. local time and was put under control over five hours later. Aside from the boy, the bureau said four females aged 18, 19, 40, and 50 also died. The retrieval of the bodies is still ongoing.
The injured were a 51-year-old male and a 64-year-old female. Officials said the fire affected at least 111 families. Some of the fire victims are currently staying in temporary shelters. (Xinhua)