After returning to his village to celebrate Dasai and Tihar festival, he was heading to Badrinath in India in search of work. Along with him, 17 other youths from Belauri and Laljhadi have entered India for employment. 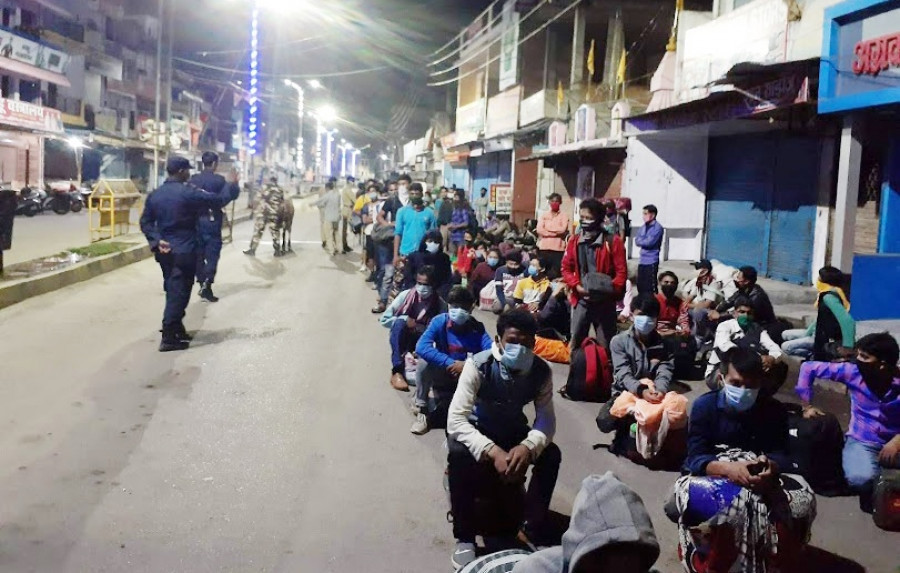 Meanwhile, the candidates of different parties are going to the doorsteps of the voters seeking their votes in the election to the House of Representatives and Provincial Assemblies being held on November 20. Nevertheless, the number of young people going to India for jobs through Gaddachauki transit point is increasing by the day.

“The leaders give assurances only in the elections but we are forced to go to India because they cannot arrange employment in our country,” said Chaudhary, who is going to India in search of employment. “We are not happy to leave our country but who will take care of our family if we do not work in India”, he added.

Due to the poor financial condition of his family, Chaudhary said he could not complete his education and has been going to India for employment. He has been working as a laborer in Badrinath in India. According to him there are around 30 people from his village working in the same Indian city. “After celebrating the festival, we are returning to our workplace in India. We wanted to vote, but we cannot out of compulsion.”

Similarly, Dharma Chaudhary of Belauri Municipality-5 said that due to lack of job opportunities in the country they have to depend on India. He said, “Even now the leaders are asking for votes in the village saying that they will provide employment. Let’s see what they will do this year.”